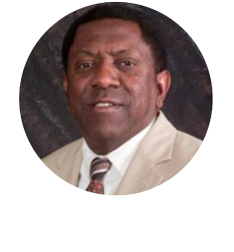 Steve Darden has over 26 years of real estate experience. Between 1990 and 1997, while still serving on active duty, Steve became a landlord by acquiring 5 rental home properties. He retired from the military as an 1SG/E8 (First Sergeant) in 1997. In 2000, he began working with the late Joe Buford of Joe Buford Real Estate. At the same time, Steve owned two small businesses – a home repair business called “Hammer and Nail” and a windshield repair business called Windshield Wizards. Steve excelled in real estate very quickly. In his first year with Joe Buford, he became the 2nd bestselling agent in the firm. In his second year, he became the #1 bestselling agent, outselling all other agents in the firm by both dollar amount and volume sold. It was during this time that Steve became known as the “Soldier of Real Estate”.

With aspirations of owning his own real estate firm, Steve took night classes in Austin, Texas in order to obtain his broker license. In 2003, he founded Soldiers of Real Estate. Though Steve started as an owner operated small business, in 2004 he added two staff members and six realtors – two of which have since started their own real estate firms. The number of realtors on staff has increased and decreased over the years, but the reputation and success of Soldiers of Real Estate has remained steady. As of October 2015, the number of properties managed by Soldiers of Real Estate has increased from 7 to 378 units. All the while, Steve has been the heart and soul of the company. He’s a respected business owner, an excellent broker and a trusted property manager.